Antibiotics Development is Few and Far Between. Why? 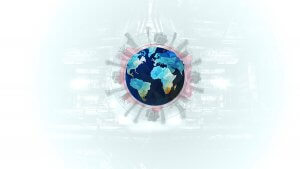 Where Are All the New Antibiotics?!

Market-based incentives that once powered the discovery of novel antibiotics no longer work. Here’s why…

In recent decades, the discovery and development of new antibiotics has slowed dramatically as scientific barriers to drug discovery, regulatory challenges, and diminishing returns on investment have led major drug companies to scale back or abandon their antibiotic research. Consequently, antibiotic discovery, which peaked in the 1950s, has dropped precipitously. In July 2018, just two years after the Swiss pharmaceutical company Novartis announced it would embrace the challenge of searching for cures for life-threatening infections due to AMR (Novartis, 2016) the drug maker announced it would exit antibacterial and antiviral research (Kasumov, 2018). This retreat follows a growing trend of big pharmaceutical companies, including AstraZeneca, Sanofi, and Allergan, that are exiting from this type of research, leaving Merck, Roche, GlaxoSmithKline, and Pfizer as the remaining pharmaceutical companies with active antibiotic programs (Nature Biotechnology, 2018).

Of greater concern is the fact that nearly all antibiotics brought to market over the past 30 years are derived from a limited number of types, or “classes,” of antibiotics that were discovered by the mid-1980s. Every currently available antibiotic is a derivative of a class discovered between the early 1900s and 1984. This is arguably more concerning than the decline of drug approvals because resistance to one antibiotic often leads to resistance to multiple antibiotics within the same class (PEW, 2016; Silver, 2011). Only recently have new potential classes of antimicrobials been identified which, in time, might lead to a much-needed reversal of the trend shown below (Chirac, 2015; Martin-Loeches, 2018; Pantel, 2018; Ramchuran 2018).

The development of new drugs within existing classes of antibiotics has also sharply declined, with new FDA approvals falling from 29 during the 1980s to just nine in the first decade of the 2000s (PEW, 2011). Just two systemic antibacterial agents were approved for use in humans by the FDA from 2008 through 2011, compared to sixteen approved from 1983-1987.

The major cause of the decline in new antibiotic development is the astronomical cost of bringing a new drug to market, coupled with low return on investment. A 2013 Forbes report analyzed the 10-year research spending of 98 pharmaceutical companies and the cost to bring to market 220 new molecular entities. For companies that launched more than three drugs, the median cost per new drug was US$4.2 billion; for those that launched more than four, it was US$5.3 billion (Herper, 2013). These numbers were not adjusted for inflation!

Similarly, a 2013 report published by the Tufts Center for the Study of Drug Development put the cost at US$2.6 billion per drug (DiMasi, 2016). What’s more, the number of new drugs approved per billion US dollars spent on R&D has halved roughly every 9 years since 1950, falling around 80-fold in inflation-adjusted terms (Scannell, 2012).

The second major cause of the decline in new antibiotic development is the generally poor return on investment (ROI) for developing new antibiotics. Pharmaceutical companies can make far greater profits on drugs that can be used regularly without losing effectiveness, such as antidepressants, statins, and anti-inflammatory medications. Hospitals and primary care providers traditionally tend to prescribe proven, inexpensive antibiotics first, delaying the use of newer, more expensive drugs until absolutely necessary. Intentionally limiting the use of novel antibiotics (“black boxing”), limited data on resistance, limited availability and use of diagnostics, and sparse reimbursement all contribute to slow marketing uptake and consequent depression of ROI.

Although the overall antibiotic market is large in volume, it is fragmented into multiple markets by hospital specialty and resistance patterns. Thus, the markets for each of the different antibiotics can be relatively small. In a recent analysis for the Department of Health and Human Services, the Eastern Research Group found expected net present values (NPV) for several categories of antibiotic research to be remarkably low and, in some cases, negative. In no case did NPV exceed a target benchmark of US$100 million because of the market factors mentioned above (Outterson, 2015). Faced with poor discovery prospects and diminishing ROI, major drug companies have cut back or pulled out of antibiotic research altogether, leaving much of the remaining discovery work to small, “pre-revenue” companies with no products on the market and limited budgets and R&D capacity (PEW, 2016).

There is an urgent need for increased antibiotic innovation but focusing only on innovation will not sustain our ability to address serious infections. Efforts must also be made to prolong the effectiveness of existing antibiotics by implementing sustainable-use measures and limiting antibiotics to therapeutic rather than prophylactic interventions. Other measures include using antibiotics responsibly in individual patients by ensuring they receive the right dose of the right antibiotic at the right time, and by striving to eliminate unnecessary or inappropriate use or exposure, whether in people, agriculture, or the environment (CDC, 2018). Another key element in the effort to steward and preserve antibiotics is to research, develop, and promote non-antibiotic treatments for the treatment and control of infectious diseases.

David Meller, Ph.D. has more than 20 years of experience in technology development and has spent the past 3 years developing photodynamic disinfection technology for Ondine Research Laboratories. 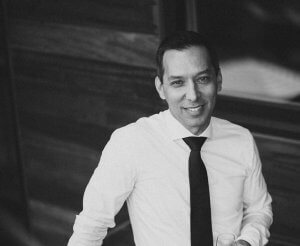