One Prime Woman’s Fight Against Superbugs is Changing The World

One Prime Woman’s Fight Against Superbugs is Changing The World 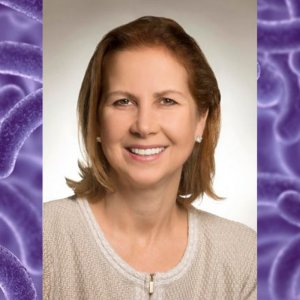 Carolyn Cross should not be alive. She was in a small plane that crashed. She had already sent a farewell message to her husband and her three children. However, she did not die on impact and managed to pull herself to an exit, shouting to her fellow passengers to follow her. From there, she was pulled to safety by strangers.

All the passengers survived although the crew was lost. This close call convinced Carolyn that her life was saved for a reason: so she could be of service to others. Carolyn has amply fulfilled that mission. Through her work, she has already saved enough lives to fill 747’s.

There is a deadly threat hanging over us that is much more immediate than climate change. It has already started killing people. The threat comes from superbugs; the bacteria that have now developed resistance to all the antibiotics we can throw at them.

It now kills over 700,000 people a year worldwide. If we continue as we are, this global number could rise to ten million deaths per year within 30 years. Together, cancer, diabetes and cholera take fewer lives. The economic cost would be US $100 trillion.

Seeking new drugs does not seem to be a solution. Developing new antibiotics is extremely time-consuming, very costly and offers no guarantee of success. At best, we play leapfrog with the microbes in a race to see if we can find new drug treatments faster than they can learn to live with them. Right now, it looks like the microbes are winning.

What is Photodynamic Therapy?

There is a solution that you have probably never come across. It is Photodynamic Therapy (PDT). It was originally developed by emeritus professor Mike Wilson at the Eastman Dental Institute, University College London, to treat dental infections.

PDT makes use of activated photosensitizers and a light source. It is effective in many conditions including burns, certain cancers and macular degeneration. However, the greatest property of PDT is that it kills bacteria, viruses and fungi whether they are antibiotic-resistant or not and does this without damaging human tissue.

The treatment, since it kills all kinds of bugs, requires no prior diagnosis, saving both time and money. Often administered nasally, it takes only minutes and can be delivered by nurses. In the nine years this treatment has been used in testing and applications there have been no observed negative side effects nor do any microbes survive to develop resistance.

Cross recognized that PDT was much too versatile and valuable a treatment to be restricted to dental infections alone. Through her company, Ondine Biomedical Inc. in Vancouver, Canada, she now focuses on ensuring that PDT, also called photo disinfection, is much more widely available.

Certain populations experience a high risk of drug-resistant infections. These populations center around hospitals and include patients undergoing surgery, dialysis or chemotherapy and those in intensive care. Hospital staff who treat these patients are also at high risk.

The hospitals that now use photo disinfection have seen infections at surgical sites fall by 84%. The reduction in infections saves millions of dollars and thousands of bed days — resources that our hard-pressed medical systems can put to much better use. The value of incisions averted and lives saved is immeasurable.

Carolyn Cross and Other Prime Women Are Changing the World

Motivated by more than profit, Carolyn Cross’ company, the supplier of this technology, has a goal of making this life-saving technology much more widely available.

Cross, CEO and chairman of Ondine Biomedical, firmly believes that it is Prime Women who can and do make things happen. There is nothing that we cannot do. She is the eldest of four sisters whose parents taught them the values of hard work, ambition and the need to invest in oneself.

Her education included an MBA and certification as a financial analyst, and her career began working as a portfolio manager in a bank. But she felt that she could do more good in the world than managing the funds of those who already had money. It is hard to think of a greater service to humanity than helping us to win the war against the superbugs.