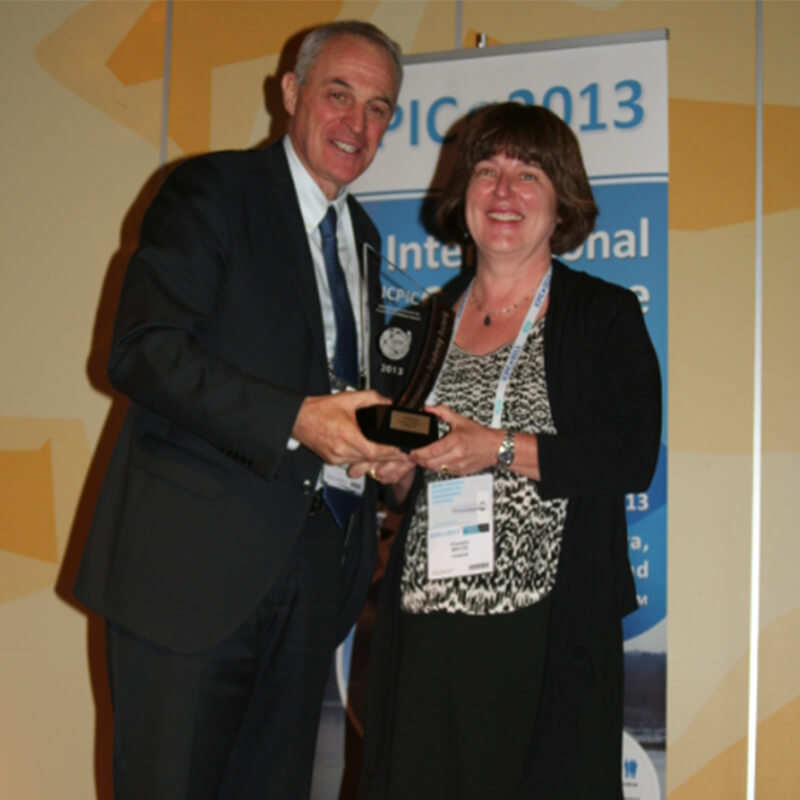 Vancouver, BC, July 5, 2013–(T-Net)–A multidisciplinary team at Vancouver General Hospital led by Dr. Elizabeth Bryce has been recognized at an international conference endorsed by the World Health Organization for their research to reduce the risk of surgical site infections (SSIs).

“Congratulations to the Vancouver General Hospital team on this significant recognition of your work as leaders in the area of infection control,” said Minister of Health Terry Lake. “This achievement is a great example of how we are turning to innovation throughout the health system as a way of enhancing patient care and safety, while reducing costs.”

The Pre-Surgical Decolonization Project was a 12-month non-antibiotic pilot involving more than 5,000 patients who were treated with MRSAid™ photodisinfection therapy prior to major surgery. Photodisinfection kills potentially harmful bacteria, viruses and fungi harboured on a patient with non-thermal light energy. When combined with chlorhexidine body wipes prior to surgery, the pilot saw SSIs decrease by 39 per cent and the number of readmissions due to SSIs decline from four to 1.25 cases per month. Photodisinfection was found to decrease the amount specific bacteria examined in the study in 80 per cent of cases.

The results were recognized last week by the International Consortium for Prevention & Infection Control (ICPIC), which is endorsed by the World Health Organization. Vancouver Coastal Health competed against 40 international teams to receive the Innovation Award of Excellence, which highlights innovations in the practice of infection control and prevention of anti-microbial resistance. The prize of 10,000 Swiss Francs (approximately $11,000 CAD) will be reinvested by VCH to further advance photodisinfection technology across the region.

“Our pilot marked the first time this combination of non-pharmaceutical therapies has been used in a hospital in North America to reduce SSIs,” says Dr. Bryce, regional medical director of infection prevention and control at VCH. “This technology not only has the potential to prevent infections but the money saved can then be reinvested into direct patient care. I’m very honoured and thrilled to receive this award on behalf of our research team and to further explore infection control techniques.”

SSIs occur when harmful bacteria already living on the patient enter the body through the surgical incision. Patients who develop infections after surgery are five times more likely to be readmitted to a hospital, and twice as likely to die. On average, SSIs require an extended hospital stay of eight days in an acute care setting, and add hundreds of millions of dollars in additional costs to the Canadian healthcare system every year. The MRSAid™ photodisinfection pilot has saved VGH more than $1 million in costs associated with treating patients who develop SSIs.

The pilot project was funded by the VGH & UBC Hospital Foundation. The photodisinfection technology used was developed by Ondine Biomedical Inc., a Vancouver-based company.

VCH is responsible for the delivery of $3 billion in community, hospital and residential care to more than one million people in communities including Richmond, Vancouver, the North Shore, Sunshine Coast, Sea to Sky corridor, Powell River, Bella Bella and Bella Coola.